If you or someone you know has made a mistake by driving after drinking, please know that Ohio law actually prohibits impaired driving.  Whether you call it DUI, DWI, or OVI (since Ohio prohibits Operating a Vehicle while Impaired), an experienced OVI defense attorney knows how to help you.  Law enforcement has its attorney in the courtroom for your OVI charge; you should, too.

In fact, experienced OVI attorneys now are advising their clients about recent changes in Ohio’s sentencing law related to OVI convictions.  On April 6, 2017, those changes went into effect, creating more sentencing options for courts for those charged with OVI offenses.

For a second time offender, the court may impose a one to seven year suspension.

For a third time offender, the court may impose a two to twelve year suspension.

To determine whether a driver has any prior OVI convictions, a court previously had to look back only six years.  Now, the court must look back ten years from the date of the offense.

Unlimited Driving Privileges May Apply – with a Catch

A second change in the law concerns limited driving privileges.  Previously, a court could grant limited driving privileges when it imposed the court-ordered suspension of the driver’s license.  Such privileges could enable a driver to drive to and from work, school, and for just about anything the court deemed proper.  A court could allow such privileges to take effect only after “hard time” was served by the driver.  This means that a driver must go several days without any permission to drive at all.  For having a prohibited level of alcohol in a chemical test, the “hard time” is 15 days; it’s 30 days if the driver refused to provide a sample for the chemical test.

Under the new law, such driving privileges will not change.  HOWEVER, the court now has an option to grant unlimited driving privileges IF the driver agrees to have an interlock device installed on his or her car.  Such a device requires the driver to provide a breath sample.  Essentially, if the interlock device detects alcohol, it will not allow the car to operate.

Under the new law, the process to obtain unlimited driving privileges will be more complicated.  A driver first must ask the court for unlimited driving privileges with the interlock installed.  The court then must grant that request.  If the court grants the order, the driver then must take the order to have the ignition interlock installed into his or her car.  The installer will give to the driver a certificate that the device has been installed.  The driver will take both the court order and the certificate to the BMV which then will issue a restricted driver’s license.

The law then adds a twist.  Even with an interlock, some drivers have tried to work around the system.  When a driver with an interlock does not follow the rules about using the interlock to drive his or her car, an interlock violation can occur.  Under the new law, if a driver creates an interlock violation, the court may impose an additional restriction.  The court may require the driver to wear a device that continuously monitors the level of alcohol within the driver.  The court has other, enhanced sentencing options.  It could order the driver to serve jail time, increase the court costs the driver must pay, and it could impose an even longer driver’s license suspension.

In addition to such sticks, the new law creates carrots for the driver to follow the rules.  (Criminologists call this inducing a defendant to engage in pro-social behavior.)  If a driver accepts the year-long ignition interlock with unlimited driving privileges, the court must suspend any mandatory jail time.  This applies to what is known as simple OVI offenses and to high tier OVI offenses.  Additionally, if a driver has no interlock violations, a court may reduce the license suspension from twelve to six months – for first time offenders only.

Tragedy prompted these sentencing changes.  On July 4, 2013, 36-year old Annie Rooney was killed by a drunk driver.  Annie was an attorney living in Chillicothe, having served the legal community as a prosecutor.  The drunk driver had several prior OVI charges.  With these changes, it is hoped that 50 to 100 lives could be saved each year.  Thankfully, not every OVI case involves a death.

As stated above, law enforcement has its attorney in the courtroom against  you; you should have your own lawyer, too.  Call me before making any decisions about your case.   614-526-8552

Attorney Holloway appreciates information for this article obtained from the following sources: 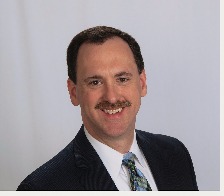